You may have finally reached your goal to build your own dream home. But where to start? There are many aspects you must consider before building. One is your style of roof. Each is different and brings out a unique design and personality. Nickerson Roofing knows all about the different styles you can choose from. Allow us to share some of the different roof styles and see which ones strike you the best.

1. Skillion Roof – This type of roof is best used for homes with multiple levels. It has a single sloping surface. Some will think of it as a sloping flat roof or one half of a triangular roof. Skillion roofs offer a unique pattern or shape to a home. You will mostly find them in modern styled homes.
2. Arched Roof – Arches are not typically used as a solo roof design. It is used on some portions of a home. Originally arched roofs were meant to give an aesthetic look to a home.
3. Cross Gabled Roof – A cross gabled roof is a portion of the roof that sticks out in a triangle, typically facing out from the front of a house. Cross gable roofs help give the second floor some extra space. They also bring out more depth in a home’s upper floor.
4. Flat Roofs – Flat roofs are easy to identify. Most commonly used for commercial buildings and warehouses, flat roofs can also be seen on homes as well. They are known to require more maintenance, but help with keeping your home cooler.
5. Pyramid Roofs – Pyramid roofs, again like the arched roofs, are not used on the entire home. They are typically used on smaller portions like overlook, garages, and pool houses. As the name suggests they are in the shape of a pyramid.
6. Hip Roofs – The hip roofs are similar to the pyramid roof. They have four sides but don’t come to a point at the top. The top is flat. Some will say it is an architecturally better design.
7. Bonnet Roof – This roof is similar to both a hip roof and a pyramid roof, however the big difference is that the sides flip out. You will usually see this roof style being used on over hangs and porches.
8. Saltbox Roof – Saltbox roofs are one of the more unique styles of roofs. It’s a single slanting roof. Typically the front is slanting up with an overlapping roof dropping down off the front of the home. Not commonly used. However, you will see cabins with this kind of roof.
9. Gambrel Roofs – This roof style is made up of four slopes, two on each side that has a vertical gable. The vertical gable end hangs over the façade of the home. This roof is very similar to a mansard roof but the Gambrel roofs are Dutch inspired where the Mansard roofs are French inspired.
10. Mansard Roofs – Very similar to a Gambrel roof, it too is made up of four sides. However the Mansard roofs do not have a vertical gable end that hangs over the façade of the home. Each side slopes, but the lower slopes are deeper then the upper slopes. Giving more storage, and space to the upper levels of attics than other roofs.

These are the top ten roof styles you will find. When preparing for construction, see which one will fit your needs and desires as well as the building codes. Nickerson Roofing wants to provide your dream home with the function and look you desire. For more tips and details on roofing related question you may have, we are here to help you. Contact us for all your roofing needs. 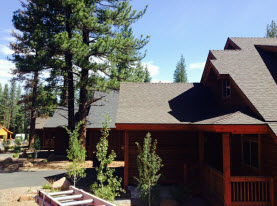 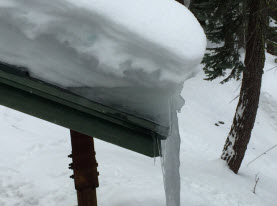 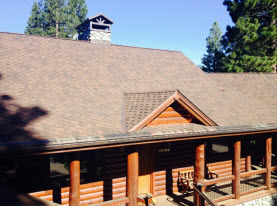 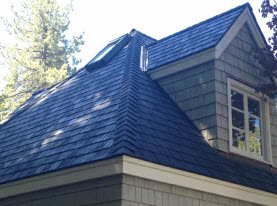